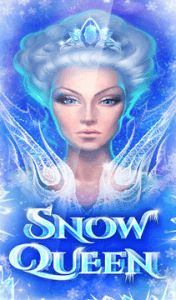 Relive the classic Snow Queen fairy tale with the enchanting Snow Queen free slots game. The adventure begins when young Kai – a poor boy with an innocent heart – is abducted by the cold-hearted Snow Queen and taken to the Ice Palace! Kai’s grandmother is bereft, but his friend Gerda – our heroine – is determined to save him with help from the fearless Huntress, from the magical animals she befriends on the way, and from you, the intrepid online social game slots machines player. Are you ready for the challenge?

The Snow Queen vegas slots game has colorful animated characters that come to life on every winning spin. Play Snow Queen slots free with bonus features including the Reindeer Wild Symbol that substitutes for other symbols, the Magic Mirror Scatter Symbol that awards up to 25 Free Spins, the Raven Wild Reel that turns entire reels wild during the Free Spins round, and the Snow Carriage Bonus Game in which you can break open the Snow Queen’s power crystals and find the multipliers within.
Lively animation, fantastic features, and plenty of online social game slots excitement – Snow Queen has all that plus harrowing adventure and a love that could warm your heart through the coldest Scandinavian nights.
Winter, spring, summer, or fall, it’s a charming game to be enjoyed by all!

Gerda. The heroine of this fairytale, Gerda embarks on a long and dangerous journey to the Snow Queen’s Ice Palace to save her beloved Kai. Can she succeed in her quest against bitter cold, piercing winds and evil magic? Spin the reels and find out for yourself.

Kai’s Grandmother. She is distraught by Kai’s disappearance into the evil clutches of the Snow Queen, but maintains faith that Gerda will succeed to bring him back.

Kai. A young boy from a large city, Kai lives next door to his best friend Gerta. Kai has a pure heart and an innocent soul, but he falls victim to the Snow Queen’s dreadful kiss and is taken to her Ice Palace. Only Gerda’s love break the evil spell.

The Snow Queen. Cruel ruler of the frozen winterland. Legends say that her heart is cold as ice and that her kiss can chill you to the very bone. The only thing the Snow Queen fears is the magical power of love.

The Huntress. She found Gerda exhausted in the forest surrounding the Ice Palace, and vowed to help the young woman on her quest to rescue her beloved friend Kai.

Ice Palace is the heart of Snow Queen’s powers! Kai is imprisoned somewhere inside this frozen fortress, and Gerda must find him.

Crown of Winter allows the Snow Queen to command the northern winds and cold currents.

Frozen Throne sits in the center of Snow Queen’s domain. All warm-blooded creatures stay as far away from it as possible.

Crystal Ball allows Snow Queen a peek into the very souls of humans. Who knows what secrets she will find hidden inside this magical sphere?

Scepter is not only the symbol of Snow Queen’s power, but a powerful magical weapon that she unleashes on intruders.

The Raven lives in the forest outside the Ice Palace and observes all that goes on in the Snow Queen’s domain. He is prepared to show Gerda the secret passage to sneak into the Palace.

The Snow Queen’s carriage runs faster than a northern wind and freezes all life on its path. Only by following the trail of this evil carriage can Gerda hope to find Kai!

The Magic Mirror was long ago shattered into thousands of tiny shards, and a single cut from a shard can transform a man into a sad and bitter soul. It happened to Kai, but Gerda knows that a true kiss of love can restore him to his former self.

Bae is Gerda’s magical reindeer. He carries her throughout her dangerous journey, keeping her warm during the coldest of nights and cruelest of snowstorms.