Do you have what it takes to square off with some of the toughest warriors that ever lived? Then spin for honor, glory and immortality in the greatest sporting arena the world has ever seen when you play gladiators, a 5-reel, 3-row slot based on the brutal fighting matches that were held in ancient Rome. However, with 20 paylines, it should be clear that you will not have to fight too hard to come out on top of the game!

Three Roman goddesses – Venus, Minerva and Diana – may appear randomly on the reels while you play this free Vegas slots-style game. When playing a round of free spins, one of the goddesses may be chosen to boost your wins. If free wins are re-triggered, then an additional goddess will be chosen.

When you play Gladiator slots, the goddesses will boost your free spin wins in different ways: Venus can synchronize reels 2, 3 and 4 to increase your chances of winning, Minerva may nudge one of the reels up or down so that you are awarded the best possible payout and Diana may shoot 2, 3 or 4 random wilds onto any of the reels. The wild symbol of the Gladiators slot is a shield covering a crossed sword and pitchfork. This symbol can replace any other symbol in the game except the scatter.

A once-in-a-lifetime adventure awaits you, as you do battle with some of the most legendary fighters of all time, so play hot slots Gladiators now and win! 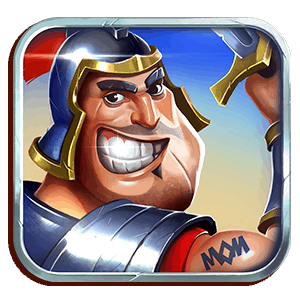 Maximus is the best known of all the gladiators in ancient Rome, thanks to his many victories in the colosseum. No wonder he is the one who offers all the big prizes on one of the best slot machines online! 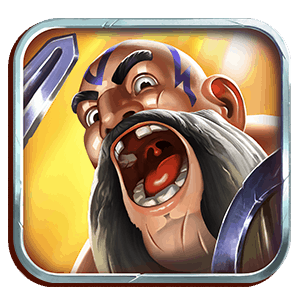 Spiculus was a battle-hardened champion who was a particular favorite of emperor Nero. Land 3 or more of this symbol and you could be rewarded with riches comparable to those bestowed on him by the Roman leader.